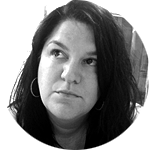 Stacey made her professional directorial debut on the hit TNT series The Closer starring Kyra Sedgwick, in 2010. She directed two episodes for which a song Stacey wrote specifically for the episode was featured. She has since directed several episodes for Major Crimes.

In 2012, Stacey shot a documentary, Send My Mail to Nashville, for which she won “Best Director – Documentary,” at the 10th Annual Action On Film International Film Festival. Stacey has written and directed two short films Blue Moon and The Truth is Underrated as well music videos for Artists Cindy Alexander, Technopagan, Kevin So, and Stacey herself.