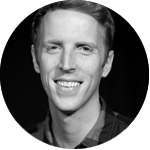 Born and raised in New York, Tom Farrell studied theater and acting at the Lincoln Center campus of Fordham University, The British American Drama Academy, and The National Theater Institute. After moving to Los Angeles, he landed his first job in television working for Executive Producer Julie Plec, where he eventually became the Director of Development for My So-Called Company. In addition to his work on shows such as The Vampire Diaries and The Tomorrow People, he also served as Coordinating Producer for The Originals in its second season. He later helped develop the limited series event Containment, and subsequently co-wrote an episode while working as the show’s writers’ assistant. Following the Workshop, Tom was staffed on Frequency (CW).