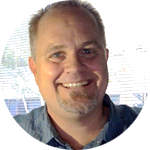 Tim Scanlan is a producer and director best known for Smallville, The 100, Jack and Jill and many others. He has produced well over 300 episodes of Television for shows including The 100 (CW), Forever (ABC), and the CW’s Smallville (for which he also directed). His strength is in creating action pieces with heavy visual effects.

Tim most recently directed for The 100. Other Upcoming projects include The Shannara Chroniclesand Into the Badlands.