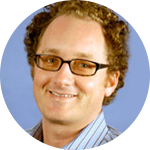 I grew up in San Diego. My love of television started with a love of stories, especially books. From an early age, I was reading everything I could get my hands on. I would also spend hours by myself, making stories up with my toys, especially with my Star Wars action figures. When my older brother traded all of my action figures for baseball cards, I was forced to improvise and start writing stories on my own.

From an early age, I was also enthralled by television. So much so, that on multiple occasions, my father threatened to rip the television from the wall because I vegetated too much in front of it. I wasn’t about to let all of that research go to waste, so I decided to pursue a career of being a television writer. After all, I love stories and nothing could be more satisfying than spending my life creating them.

Kevin Arnold from the Wonder Years. He was the perfect mix of childlike innocence coupled with the wisdom of adult hindsight. Also, who wouldn’t want their life narrated like that? Although, I must admit a few minor pangs of jealousy when Kevin was hooking up with Winnie Cooper and I had no such Winnie Cooper in my life.