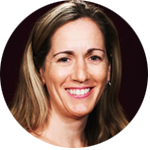 Tracy Whitaker is from Boston’s South Shore, where she spent her childhood in front of a television. To pay for college, Tracy joined the Army. She was a multichannel operator, which had zero use in the civilian job market. Tracy eventually worked as an outreach counselor with runaway and homeless youth and on the National Runaway Emergency Response Team. She also dispatched tow trucks, sold her platelets, worked in asset management, and held many other jobs that allowed her to meet eclectic people she can use in her material once she changes their names. After moving to L.A., Tracy did stand up and improv until she realized she wasn’t that desperate for attention. Her real passion is storytelling through writing. She enjoys writing both drama and comedy and thinks the best shows, movies, and people have a little of both. She’s been a semi-finalist in the Nicholl screenwriting contest and a finalist in the Page screenwriting contest. Following the Workshop, Tracy was staffed on Blindspot (NBC).