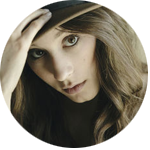 Troian Bellisario is a burgeoning actress, writer and producer best known for her starring role on the acclaimed Freeform smash hit Pretty Little Liars. In addition to starring in the show, Troian has taken on the role of director this season. After graduating from Warner Bros. Directors’ Workshop last June she went on to direct her first episode, which will air on May 23rd, 2017.

After completing her run in The Last Match at The Old Globe Theater in San Diego, Troian also wrote, produced and stars in the leading role in the independent feature Feed, which is set to premiere on July 18th and marks her first produced, full-length film. She will star in the film opposite Tom Felton and Ben Winchell.

Most recently she wrapped production on sci-fi drama Clara, a feature film written and directed by Akash Sherman. Troian stars alongside Patrick J. Adams, Kristen Hager and Ennis Esmer in the film.

She can also be seen in the indie film, Martyrs, directed by the Goetz Brothers, Sister Cities, which premiered on Lifetime, and Consent.

Troian also wrote, produced and starred in the short film Exiles, as well as starred in the title role of Lauren for one of the WIGS web series focused on sexual assault in the military. On stage, she appeared in “Equivocation” at the Geffen Playhouse in Los Angeles. With The Casitas Group, a theatre company of which she is a founding member, Troian appeared in an exclusive engagement of Martin McDonagh’s “The Pillowman,” as well as a Sam Shepard double feature: “Fool for Love” and “True West.” During her time as a B.F.A at the USC School of Theatre, Troian performed in productions of “The Crucible,” “All’s Well that End’s Well,” “Red Light Winter,” “The Complete Female Stage Beauty” and “Cloud 9.”