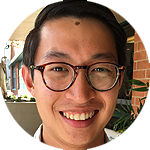 Born and raised outside of Philadelphia, Tuan Quoc Le got his film education by working at his local movie theatre, attending film school at Syracuse University and shooting dozens of short films over the years. Although he is known for his work as an editor on iZombie (CW), he was also a co-Director of Photography on the horror-comedy feature, Crush the Skull. After completing the Warner Bros. Directors’ Workshop, Tuan directed an episode of iZombie (CW).