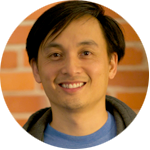 Viet Nguyen, an Austin native, graduated from film school at the University of Texas and now resides in Los Angeles. His feature film debut, Crush the Skull, is currently making the festival rounds and recently picked up the Nightfall Award at the Los Angeles Film Festival and Best Narrative Feature at the San Diego Asian Film Festival. Viet has also directed a number of projects in television and new media, including CW’s hit series iZombie, the Veronica Mars spin-off series Play It Again, Dick, and the documentary By the Fans: The Making of the Veronica Mars Movie.