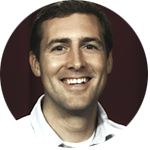 Will Griffin is originally from Wilmington, NC. He initially dreamed of becoming a professional surfer, however that dream changed after he snuck onto the set of Dawson’s Creek and appeared in one scene as an extra. After that brush with stardom, he knew that he had a future working in television. Will attended UNC-Chapel Hill where he wrote, acted, and produced material for multiple comedy shows at the student-run television station. After college, Will worked on the sets of several movie and TV productions doing every job imaginable, from production assistant to grip to pre-teen wrangler. Since moving to LA, Will has earned a Certificate in Television Writing from UCLA extension, studied sketch and improv comedy at The Upright Citizens Brigade Theater, and developed an original pilot with Steve Stark Productions. Will lives with his wife, son, and geriatric cat. He was the assistant to the legendary Executive Producer Bob Boyett on the Netflix series Fuller House, and following the Workshop, became a staff writer on the series.